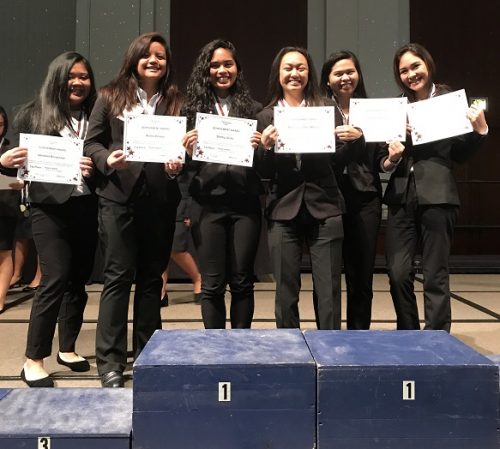 The Chaminade HOSA-Future Health Professionals club began in the spring semester of 2018. By summer, they had two wins under their belt from a statewide and international competition.

Now the club has added two more awards to its list of accomplishments after competing in this year’s Hawaii HOSA Fourteenth Annual Student Leadership Conference, which was held at the Hawaii Convention Center from February 26–27.

Chaminade is one of eight postsecondary institutions and 23 high schools in Hawaii that participated in the statewide HOSA competition. HOSA is an international organization with 57 chapters around the world. It provides opportunities for students interested in healthcare to build their skillset, knowledge and leadership abilities through competitions, networking events and community service. 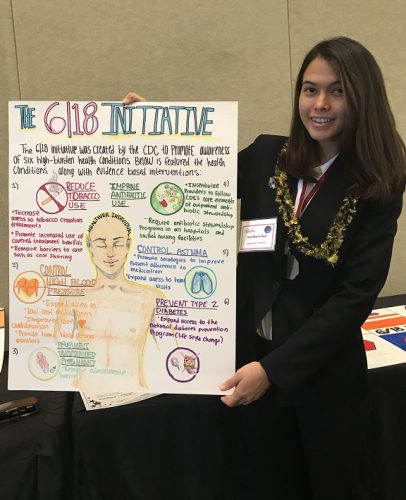 “The feeling of winning in the different categories is exhilarating,” Maltezo said. “Hard work does pay off, with months of prepping and planning.”

Both groups will take their projects to the HOSA International Leadership Conference at Disney’s Coronado Springs Resort in Orlando, Florida, this summer. At last year’s international conference in Texas, Chaminade’s HOSA club won second place in the Public Health category for its video on dating violence.