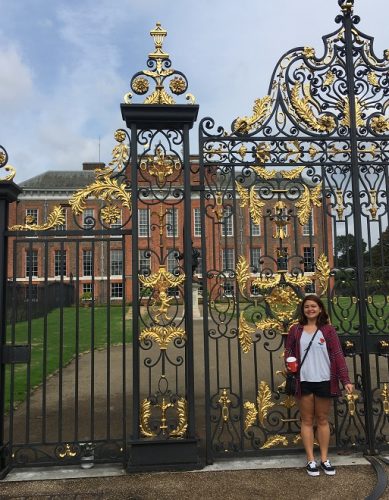 Last semester, fourth-year Chaminade student Kristen Perreira packed her bags and traded her Kaneohe to Honolulu bus commute for a seat on London’s Tube. All thanks to a study abroad program.

“One hundred percent yes, study abroad,” said Perreira, reflecting on her three and half months spent in London. “I think everyone, if they’re capable, should do it.”

The good news is Chaminade offers study abroad opportunities in 23 countries through partnerships with University of Hawaii at Manoa Study Abroad Center, American Institute for Foreign Studies and Study Abroad at Sea. While earning course credit at comparable tuition costs to Chaminade, students who study abroad get to experience unfamiliar cultures, exercise their independence, meet new people and make lifelong memories―which is exactly what Perreira did.

Monday through Wednesday, the communication major spent her time at Richmond University―The American International University in London―studying feature writing, celebrity and fan culture, modern popular music and Chinese. Thursday through Sunday she set aside for European exploration, which included trips with friends to Dublin, Amsterdam and Paris, and a solo trip to Rome. 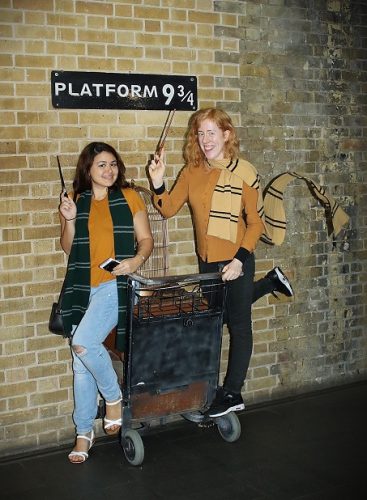 But living in a new place meant that the Kaneohe native experienced some culture shock.

Her train rides on the Tube were often characterized by conversations spoken in different languages by people from diverse cultural and religious backgrounds.

As the only student from Hawaii at Richmond University, Perreira was exposed to different cultures through her peers, who were from across the U.S. and Mexico.

She enjoyed her four classes abroad, but said the grading system was different from what she’s used to at Chaminade. Grades are dependent on three writing-heavy assignments and a two-hour written exam at the end of the semester.

Overall, Perreira reflects on her time in London fondly, often reminiscing about her favorite spot, Hyde Park near Kensington Palace, home to the British royal family.

Though London was Perreira’s study abroad location of choice, students can apply to summer- or semester-long programs in other exciting countries like Argentina, New Zealand, South Africa and more.

Interested students should schedule an appointment with their academic advisor for more information. This time next semester, they could be exploring the country of their dreams through study abroad.